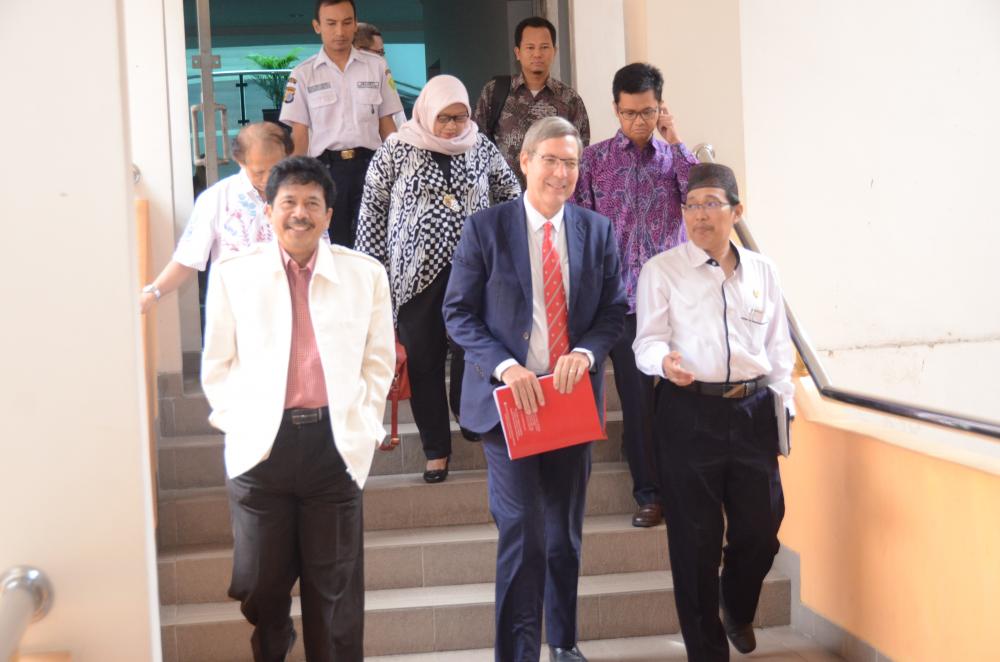 Sleman (18/3) H.E Ambassador of Canada to Indonesia Mr. Peter MacArthur delivered a public lecture in front of students, staffs, and academics of UIN Sunan Kalijaga at the Convention Hall of the campus. Attending to the event were Prof. Drs. K.H Yudian Wahyudi, M.A, Ph.D as the rector of UIN Sunan Kalijaga, Dr. Waryono, M.Ag, the Vice Rector of Student Affairs and Cooperation, and McGill alumni who were specially invited to meet and have a private lunch with H.E Mr. Ambassador. Rector, as a member of McGill alumni, took this courtesy visit as a honour to himself and the institution.

In front of more than 200 attendees, H.E described that Canada and Indonesia shared many similar values in terms of democracy, inclusivity and difability. Canada sees Indonesia as a mutual partner that becomes a promising role model for democracy in the world. Similarly, Canada, as a multicultural country, sees democracy as a backbone for creating a peaceful environment amidst diversity, in-tolerancy and terrorism.

The public lecture was then continued in the Canadian Corner, where Mr. Ambassador handed over new Canadian books collection as his commitment for cooperation with UIN Sunan Kalijaga.

As the closing of his visit, H.E gave a statement at the movie screening. He introduced the "Pieds nus dans l'aube" (Barefoot at dawn) to the audiens.