Launching of Live Streaming Studio, The Faculty of Social Sciences and Humanities UIN Sunan Kalijaga Ready to Greet the World 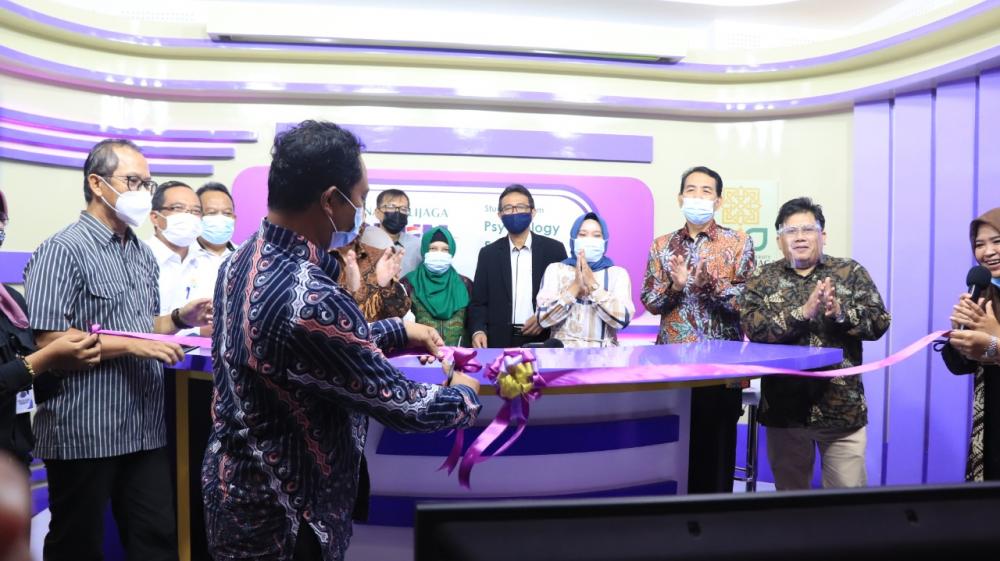 The Faculty of Social Sciences and Humanities (FISHUM) UIN Sunan Kalijaga has just launched a Live Streaming Studio which is held online through the Zoom and YouTube Live Streaming FISHUM UIN Sunan Kalijaga, followed by the entire FISHUM family, Tuesday (16/02/21). The Live Streaming Studio functions as a room to facilitate various online activities, including webinars, discussions, and others. This studio is located on the 3rd floor of FISHUM and is equipped with streaming facilities such as cameras, monitors, laptops and green screens.

In his remarks, Vice Dean for Administration FISHUM, Dr. Yani Tri Wijayanti, S.Sos, M.Si. explained that the design of the studio is adjusted to multiple needs so that it is flexible to be used in various event content.

The same thing was also conveyed by the Dean of FISHUM, Dr. Mochamad Sodik, S.Sos., M.Si. According to him, the mini studio FISHUM will greet the world. He also explained that the studio could be used by lecturers, staff, students and people in need.

This studio also received a good response from the Chairperson of the Senate of UIN Sunan Kalijaga, Prof. Dr. H. Siswanto Masruri, M.A. He gives his greatest appreciation to FISHUM, with the existence of this mini studio it can be another merit point for FISHUM .

This event was also attended and welcomed by the Chancellor of the Sunan Kalijaga State Islamic University, Prof. Dr.Phil. Al Makin, S.Ag., M.A. On this occasion he said that the construction of this studio was the first time at UIN Sunan Kalijaga. This mini studio has to be an example for everyone, both universities, faculties and other units, so that when doing live streaming it can be better. (IO/Editor:Nurul)