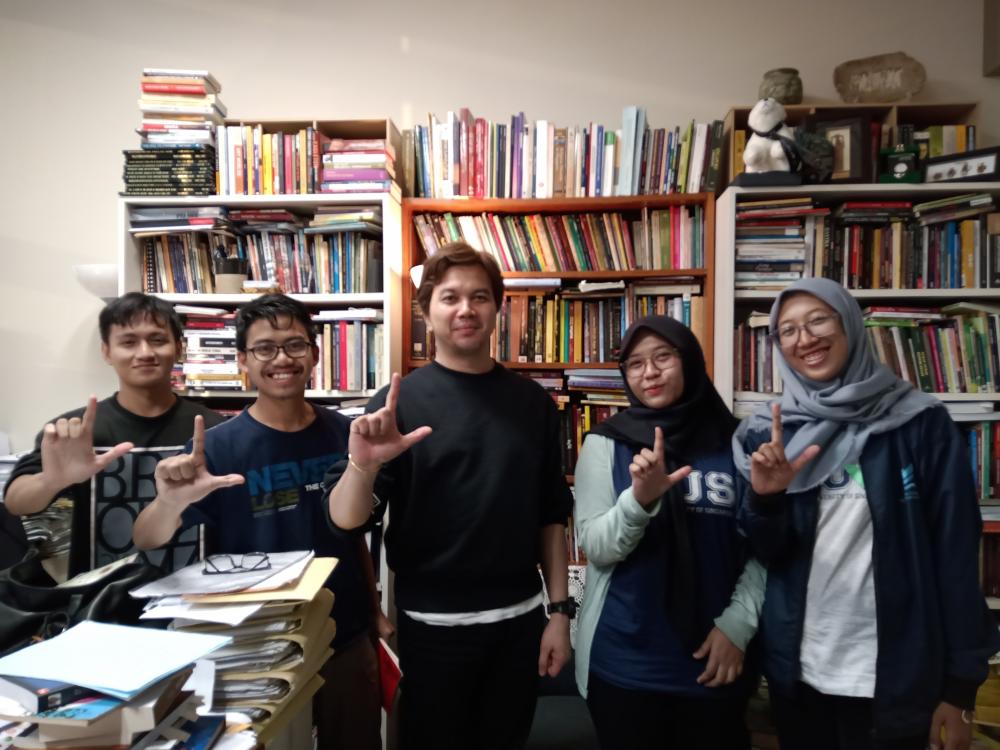 The National Universty of Singapore is recognized as the best campus in Asia. For two years now, UIN Sunan Kalijaga has collaborated with NUS, in the Malay Studies department, by delegating some of its students to attend short lectures there. In 2019, a total of 4 students from different majors were selected to attend a short lecture at NUS for 13 days, calculated from 27 October to 8 November 2019. They were Rahmat Hidayat from the Department of Islamic History and Culture, Mohammad Hakim MB from the Aqidah and Islamic philosophy, Awa Fauzia Malchan from the Psychology department and Nadya Maharani from the Islamic Financial Management department.

For two weeks at NUS, theywere guided by Dr. Azhar Ibrahim as chairman of the Malay Studies department. They attended various lessons including literacy in Malay, Malay Islamic law and Malay families. Even though the course does not fit into the background of their department, They analyze their academic climate and teaching and learning methods during lectures. Interestingly, they have been trained since the fourth semester to make mini research and lecturers should make an upgraded research article as learning material in class.

During in Singapore, the delegation of UIN Sunan Kalijaga also visited historical sites such as the Malay Heritage Center, the Asian Civilization Museum, the National Library of Singapore, the Arabian Exhibition and the Singapore Writing Festival. Of course, this trip outside of academic lectures, that opened their horizons about the history of Malay culture which is historically rooted in the diversity of the archipelago. Moreover, they got a lot of information about the process of forming the State of Singapore.

The Savior II program is a very good and effective program to accelerate the steps of campus internationalization. Although this program is not enough to collaborate with campuses in Southeast Asia, hopefully this program will be able to expand its cooperation with well-known campuses in Europe, America and the Middle East, so that the horizons of western and eastern knowledge are integrated in the academic climate of the UIN Sunan Kalijaga. By: rhd