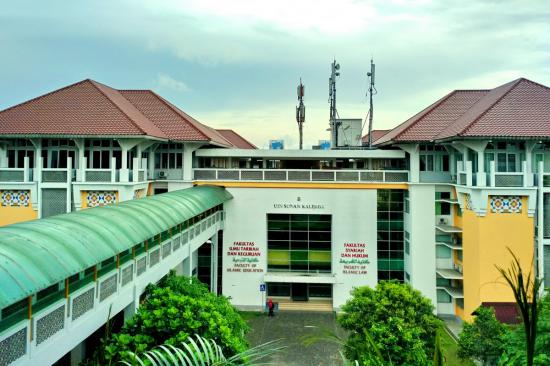 The presence of Tarbiyah Faculty as the founding Islamic high education in Indonesia is inseparable from the emergence of Perguruan Tinggi Agama Islam Negeri [State College for Islamic Studies] (PTAIN) which was founded in Yogyakarta on August 14, 1950 based on government regulation No. 34/1950. Even though this college was under supervision of Department of Religious Affairs of Republic of Indonesia, operationally this college was mutually conducted with Department of Education and Culture of the Republic of Indonesia based on the minister degree No. K/I/14641/1951 and No. 28665/Kab/1951. The college was meant to prepare skilled staffs on Islamic teaching to meet intellectual needs of society and country since Muslim population constitutes the majority.

In line with the development of PTAIN, on January 1, 1957 Akademi Dinas Ilmu Agama [State College of Islamic Science] (ADIA) was established in Jakarta based on Minister of Religious Affairs No. 1/1957. This academy was meant to improve the quality of Islamic teachers for secondary schools.

In the first decade both PTAIN and ADIA grew and developed dramatically. In order to improve the quality control of the institution integrally, PTAIN and ADIA were merged into new institution named Institut Agama Islam Negeri [State Institute for Islamic Studies] on August 24, 1960 based on government degree No. 11/1960. This institute located in Yogyakarta had four faculties, i.e., Tarbiyah and Adab in Jakarta and Syari'ah and Ushuluddin in Yogyakarta. Based on government degree No. 26/1965, the IAIN Yogyakarta was given name IAIN Sunan Kalijaga, the name originated from the outstanding Islamic preacher in Indonesia which had an authority to carry out all four faculties in Yogyakarta.