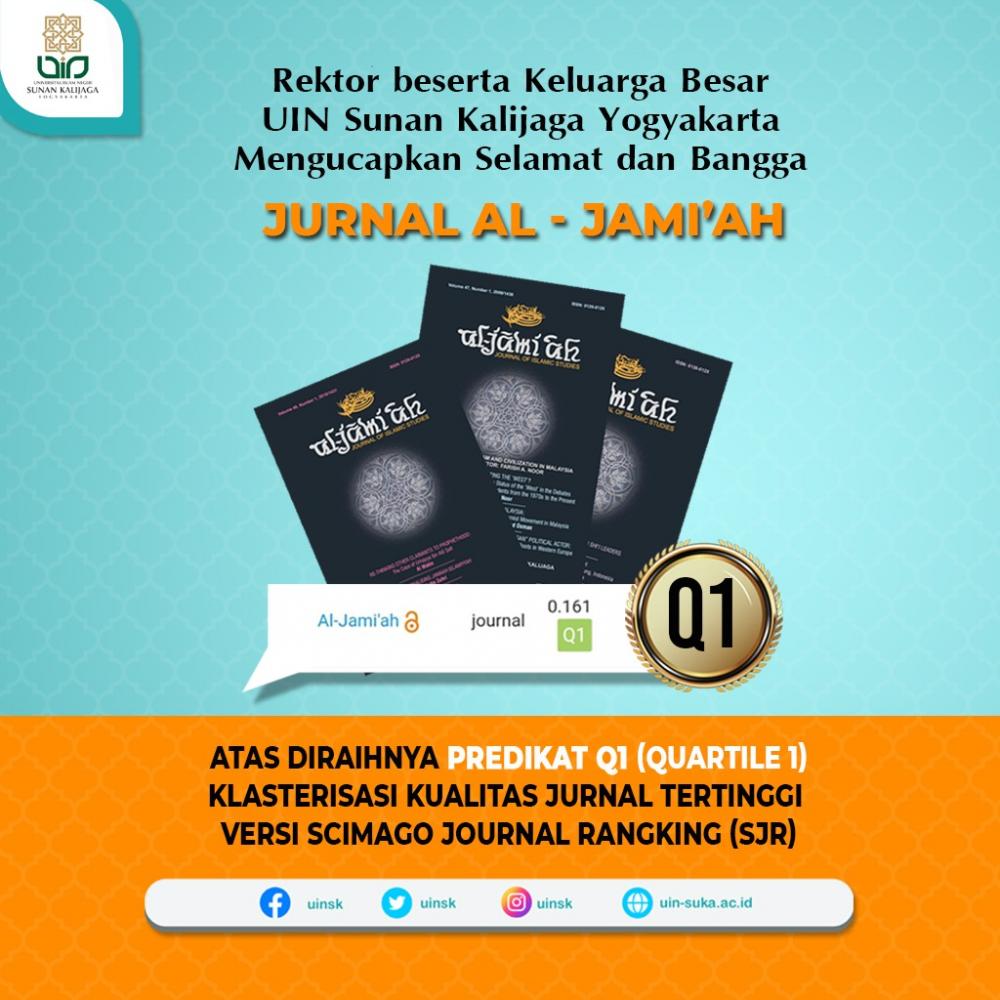 Al-Jamiah's journal has won Q1 (Quartile 1) rank from the Scimago Journal Rank (SJR). SJR has ranked indexed journals in Scopus which are categorized based on groups in the field of science covered by the journal. Scopus itself makes a classification of quality clusters of scientific journals with terms often called Quartiles. Scopus has 4 quartiles, namely Q1, Q2, Q3, and Q4. Where Q1 is the highest cluster.